While reading these two books, I couldn’t help but think if does Sir Edgar Samar has empathy towards his characters? I mean…after reading these two books, you could pretty tell that you could only describe his books in one word; painful. It offers a different tale that is heavily influenced by Philippine Mythology and at the same time, it offers a new take as the old myths collide to the modern-day evolution of the society.

The comics started with a recap from the first book. Even though I really don’t want to remember those scenes, do we even have a choice, do we? It was a mixture of pity, excitement, mourning, longing, and sadness. Sir Edgar Samar was able to weave those emotions out of his readers while Kuya Mervin Malonzo was able to captivate the right emotions from the novels that will make the reader stunned, in awe, and appreciate the beauty of how art can speak to a person with so much heartache.

I won’t sugarcoat anything — Janus Silang is an agonizing series to read. It depicts the reality of life that mirrors a lot of orphans today who longs for their parents, for their families. The thought that those things happened to Janus in a snap makes me grieve for him and when he is in the process of grieving, he needs to be stronger for himself because another challenge awaits him.

While the novel conveys a lot of volume and details of the places in the Philippines, on the other hand, the comics were able to represent well the places in our country even if it’s in small details. I appreciate how Malonzo was able to craft the places and things that could represent the Philippines such as the Jeepney, the historical Intramuros, and other Spanish-influenced houses. Aside from the fact that Mervin Malonzo was able to demonstrate his talent in adapting the comics with artistic and accurate representation, he was also able to give life to his art. I appreciate how [the] art is shifting while the story is progressing. You could notice the emotion that he wants to evoke in each chapter – as the pages turn, the color complements the scenes.

Janus Silang at Ang Labanang Manananggal – Mambabarang comics adaptation is one of a kind. It will exceed beyond your expectations and you will be shocked how the author and the artist play with your emotions. This book signifies hope and tragedy but above all believing in oneself. It provides insights and appreciation towards friendship and owning your sadness and using that specific emotion to become stronger. It constitutes hope, compassion, empathy, and love despite the huge disadvantage Janus is in but this is what made you root for a character. Even in the middle of an unpredictable fight, he will strive as we strive as well.

Grab the book, sit tight, and be amazed before the Tiyanak catches you.

Edgar Calabia Samar is a multi-awarded poet and novelist from the Philippines. His first novel, Walong Diwata ng Pagkahulog, received the NCCA Writer’s Prize in 2005, and its English translation as Eight Muses of the Fall was longlisted in the Man Asian Literary Prize in 2009. In 2013, he received two Philippine National Book Awards––one for his second novel, Sa Kasunod ng 909 (Best Novel), and another for his book on the creative process, Halos Isang Buhay: Ang Manananggal sa Pagsusulat ng Nobela (Best Book of Criticism). Si Janus Silang at ang Tiyanak ng Tabon, the first book in his YA series Janus Silang, also received the Philippine National Book Award for Best Novel in 2015 and the Philippine National Children’s Book Award for Best 2014-2015 Read in 2016. He has also received prizes for his poetry and fiction from the Palanca and the PBBY-Salanga Writer’s Prize. His other books include Pag-aabang sa Kundiman: Isang Tulambuhay, a poetry collection, and 101 Kagila-gilalas na Nilalang, a children’s encyclopedia of Philippine fantastic creatures. In 2010, he was invited as writer-in-residence to the International Writing Program of the University of Iowa. 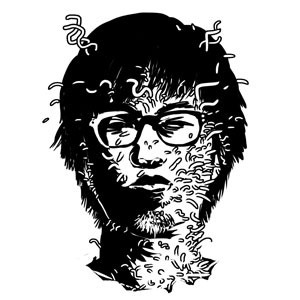