Hey Rafael! Thanks so much for giving me the chance to tell you a bit about me and my author’s journey. It’s great to be here!

People often ask me how Italy (my home country) shaped my writing style. I still haven’t really figured out a straight answer. I was born and raised in Rome and spent there twenty-three years of my life.

That’s an awful lot of time.

It went by fast.

The Eternal City has its distinct personality. It’s old and proud, and it’s defined by mysticism, faith, and lost things.

It is the beginning of many stories we now read in books or watch on screen. Sometimes these stories are grounded in reality. Other times they are shrouded by mystery.

This says something about me, about my writing style. I’m drawn by ancient things because they speak a language you have to decipher to really understand.

Ruins and graveyards and shipwrecks have their own stories. They have their own power. When I’m writing fantasy, I try to tap into this power. Sometimes a dark, grim tale comes out of my writing cave. Sometimes the story is kind of funny and weird and unexpected. Sometimes, I discovered, my stories make people stop. And think.

That’s huge to me. If I can get you to stop on a page, go back and re-read a passage that spoke to you, that’s the best compliment you can give me.

It makes me want to write more.

I think an excellent way to understand any writer is to ask what was their favorite book when they were growing up. Who were their literary heroes?

I grew up reading Isaac Asimov, Daniel Keyes, J.R.R. Tolkien, George R.R. Martin, R. L. Stine, J.K. Rowling, and many more. I must have read hundreds of fantasy and sci-fi books. I don’t have a favorite book because I feel I would be doing a disfavor to other books I read and enjoyed by choosing only one.

That being said, Flowers for Algernon by Keyes comes to mind for its simplicity and for the intrinsic value of its message. The Silmarillion by Tolkien stuck with me for its scope, and its music and its complex fantasy world. The Foundation series by Asimov is another work that shaped me in many ways. It transcends time and space, and it’s never quite what you expect.

All the fictional people inside these worlds are my literary heroes. They are my friends, and my mentors and my enemies too. As I said in an interview not long ago, for me these are important people, and they taught me that reading a book is not merely looking at the words on a page. It means building up character and discovering yourself.

I think that is one of the reasons why I started self-publishing stories.

I’ll admit it. It wasn’t fun at the beginning.

I started self-publishing knowing absolutely nothing about self-publishing. I just thought it seemed fun and that I could release my stories without asking permission to anyone. I started quietly by publishing a science fiction short story and not telling about it to a single soul.

I thought people would eventually find it.

From that point on, it started a very long (and still ongoing) process of learning and discovering.

Self-publishing a book that resonates with readers is hard, and it’s a lot of work. There’s more to it than you can imagine. Publishing a story is not the end of the process. It’s just the beginning.

The biggest challenge I had to face and that quite frankly I’m still facing is ‘perfectionism.’ It just makes everything else seem insignificant. Perfectionism is just another word for ‘procrastination.’

Why is that a challenge, I hear you asking me.

Because when you are both the writer and the publisher of a book, you are both the judge and the jury. You get to decide which story to present to the world. You realize you have a lot of power, and that is a scary realization. Suddenly, you start asking yourself questions.

What if I wrote a boring book?

Worse yet. What if people ignore me altogether?

And then you feel paralyzed. The book you were supposed to publish next month is not going to happen. It’s just not ready. And you feel bad. And maybe you stop writing.

I’m convinced that perfectionism is the death of creativity. The cure is simple. It consists of four steps: Write. Finish what you started. Ship it. Start the next story.

I know. It sounds simple, but it’s not easy.

To remind myself of the importance of this, I started a challenge this year. I call it my 12X2020 challenge. I pledged to my followers that I would write and publish 12 stories in 2020. One new story each month. Each story will be free to read and anyone is more than welcome to comment on them. Tell me what I did right and what I did not so right.

It is as scary as it is exciting, but what’s more important is that is keeping me writing.

I have never, ever written as much as in the past two months.

If you want to read some of the stories that came out of my writing cave in my 12X2020 challenge, you can click the links below. If you like the stories, the best thing you could do is share them with friends, so that they can enjoy them too.

Link to ‘Glass Into Steel’: https://dl.bookfunnel.com/dnw4lqmdyz

Link to ‘Not That Fairytale’: https://dl.bookfunnel.com/5cyp2yo43j

Thanks so much for giving me the chance to reach your readers, Rafael! It’s always great to share my author’s journeys with others. If you want to check out a bit more about me and my works, feel free to visit my website.

Till the next story! 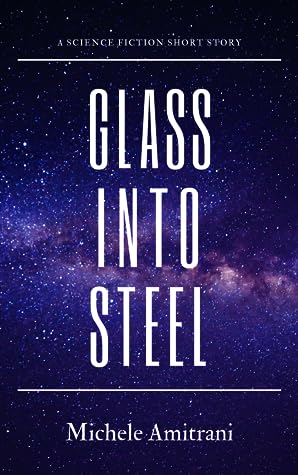 I never asked to witness the end of my civilization. Never asked to see the charred bodies of my parents, and our cities reduced to ashes.

I was singing in the biggest venue of my birthplace when the invaders’s ships made our sky black, and the slaughter began.

That was just the beginning.

They put me and the other captured prisoners into a cargo ship. All singers. Just like me.

Now I’m on a planet called Husayon. I am chained. I am a slave. Forced to sing for my masters, who feed on my music.

I don’t know how long I will last here. The only thing I know is that my music is my curse and my greatest gift.

It could be the only thing that saves what’s left of my species from complete extinction. 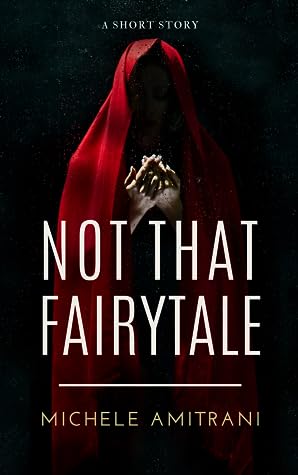 I know how the story goes.

Little Red Riding Hood is eaten by the Big Bad Wolf, then she is rescued by the Brave Huntsman.

It’s a sweet story, but it doesn’t expose us to the truth of how the girl gets out of the wolf’s stomach alive.

People believe fairytales are there to amuse them. Everybody loves the ‘happily ever after’ but I’m not going to lie to you: Little Red Riding Hood had to work hard not to die.

Believe me, I was there. I saw what happened.

The version of the fairytale people tell is popular because they don’t want to think about what came before the huntsman’s scissors cut the wolf’s stomach open. That fairytale is there to make everybody happy.

This is not that fairytale.

Read Not That Fairytale, here. 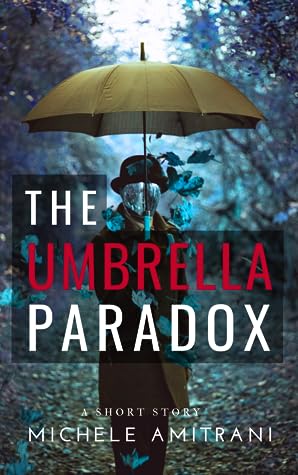 Be careful what you wish for…

Raymond Sharpe has stopped telling people about his weather curse. Nobody believes him when he says the city suffers heavy rain if he doesn’t bring an umbrella with him.

But after a masked man breaks his curse and promises him great fortune, Raymond’s stream of unexpected luck suddenly turns upside down. He realizes his new power is a double-edged sword that can quickly turn the cure into something much worse than the curse.

Now Raymond is faced with a choice. Will he learn from his mistake or be forced to live with the consequences?

Amazon warrior Panacea has forsaken the bow and the spear, dedicating her life to curing people rather than killing them. But her past is dark and full of sorrow, and there is more than meets the eye to this potion maker whose healing gift comes with a blood price.

When Panacea—now known as the Healer of a Thousand Lands—is summoned to the Golden Palace by the Queen of Mycenae, she is entrusted with the life of the king, who has been poisoned with a substance no one can identify.

To treat him, Panacea will have to name the many sins the gods committed, and the price a woman had to pay because of them. And when the tale has been told, and the real monster revealed, all that’s left is the realization that myth and reality seldom meet.

This Muse does not inspire with a lyre. She does it with a sword.

When Muse Calliope and her sisters flee from burning Greece, the Titan Mnemosyne tells them it is north they need to go: a barbarian land the natives call Britain, where the Greek goddesses can find shelter and spread their culture for the benefit of the inhabitants.

But Britain proves to be a hostile land, filled with fire-breathing demons and snake-shaped gods, where the strong prey on the weak and men’s only way of dealing with life is the sharp edge of their sword.

Calliope realizes that to help Britain prosper she needs to stop thinking in Greek terms, and instead embrace a culture where swords are symbols of justice and power.

A plan starts forming, but danger is lurking in the shadows. Will Calliope give Britain the much sought-after peace, or will she see it succumb to blood and anarchy?

Read The Muse of Avalon, here. 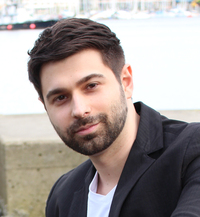 Michele Amitrani is a self-published author living in beautiful British Columbia. He has grown up writing of falling empires, space battles, mortal betrayals, monumental decisions and everything in between.

He now spends his days traveling through time and space and, more often than not, writing about impossible but necessary worlds.

When Michele is not busy chasing dragons or mastering the Force, you can find him at MicheleAmitrani.com or hanging out on Facebook at /MicheleAmitraniAuthor.

One reply to “Guest Post: 12×20 Challenge by Michele Amitrani”